Find out why Pete Kazanjy, Co-Founder at Atrium, is RevOps biggest fan.

RevOps biggest fan talks about the benefits of Quote-to-Cash at an early-stage startup. 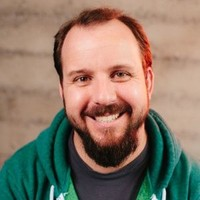 Atrium's Quote-to-Cash process was highly manual, involving multiple docs and spreadsheets, creating many opportunities for errors. The company needed a solution that could add automation into the process while maintaining the ability to set guardrails for reps. They also wanted something that required minimal time for implementation.

Atrium was able to get RevOps up and running within 2 hours. Their reps can now send out quotes instantaneously, rather than wait 1-2 days for creating and approving them before sending.

We've had great success with the RevOps Deal Desk product; it brings together multiple teams and turns deal-making into a "video game."

I'm a super customer fanboy of RevOps. I'm a huge process optimizer person, and anything that can remove inefficiencies from the sales motion gets me really excited.

Pete Kazanjy is Co-Founder at Atrium, a data-driven management software that provides coaching insights and continuous monitoring for sales.

Q: What was Atrium's Quote-to-Cash process like before RevOps?

Pete: Before we were RevOps users, our Quote-to-Cash process began with a pricing calculator on a Google Sheet, with each rep having their own tab and maintaining.

The next step was a template in a Google Doc that needed to be filled out with the correct information, which then had to be sent to me for approval. While it did provide some guardrails, it was a huge pain. Not just for me but our reps as well.

It was also error-prone, and we faced situations where incorrect quotes would go out, or things would fall through the cracks with our deals.

As we grew, we needed a solution to automate these processes while still allowing us to establish guardrails for our reps.

Pete: One of the reasons our reps really love RevOps is because everything is templated, so if a prospect says on a call, "ok, great - send me the quote," they are expecting it now. Tomorrow might be too late. Our reps can get off those calls and generate and send off a quote immediately. They jump into a template, pull the data in a few clicks, and send it off for approval. Or, if it doesn't require approval, they send it to the prospect, and then they are off to their next call. And they love that.

Q: What are the benefits you've seen from RevOps?

Pete: I'm a super customer fanboy of RevOps. I'm a huge process optimizer person, and anything that can remove inefficiencies from the sales motion gets me really excited.

A lot of the Deal Desk work that I needed to do previously has been sublimated to automation from RevOps, but RevOps still allows me to be the gatekeeper of deals going out.

You know, a lot of organizations forestall implementing CPQ due to horror stories they hear about tools like Salesforce CPQ. That's what's so powerful about RevOps; it literally took us two hours to set it up. There's no reason not to get RevOps set up early because the friction to getting it implemented is so low, and we have saved ourselves all kinds of issues as we've grown. When we first started using RevOps, we had our various SKUs created in the platform. We wanted to make sure that when somebody changed the number of SKUs, the math would cascade.

But we hadn't yet deployed tiered pricing in any meaningful way.

When we did that, the impact was huge. When a customer says they want 8 seats, and the rep then has to go and do the math on that somewhere else and then goes back to put it into the line item in RevOps, there's a big opportunity for defect.

It also gets rid of so much of the cognitive overhead of jumping from one document or window to the next.

RevOps post-close automation has enabled us not to have to hire additional Deal Desk managers as we continue to grow. Instead of having a person run around and chase all those things down, RevOps lets us automate it, saving time and money and decreasing the opportunity for errors