How Retool Decreased Their Contract Errors by 99%

Learn how Retool fixed their data integrity problem and decreased their contract errors from 50% down to less than 1%. 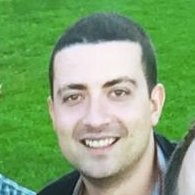 It became clear to Jonathan early on that the company had challenges around data integrity when getting the correct data from deals into their CRM and reporting on it.

According to Jonathan, "our sales reps were given a Word template to write up their contracts and their MSAs. And they literally had the ability to put whatever, wherever they wanted to put it. This was not good."

With the ability to establish guardrails for reps, as well as rule-based approval workflows, Jonathan was able to decrease contract errors by over 99%.

When I saw the platform, I said "my gut tells me, this is the future."

"With the SMB team, I found that one out of every two agreements, so 50% of agreements in June, had some sort of issue. After implementing RevOps, I found only one issue out of over 150 deals."

Retool provides software that helps companies build internal tools faster without requiring any programming knowledge. Tens of thousands of companies use Retool to help run their business and the company is on its way to a $1 billion valuation and has grown exponentially in recent years. Q: What initial challenge motivated you to look for a solution like RevOps?

Jonathan: When I joined, I was tasked with building the full infrastructure with a fairly untouched Salesforce instance from scratch. We had about two sales reps, and we were doing maybe five or six deals a month. I quickly recognized that some of the stuff we had been doing was not going to scale. Our sales reps were given a Word template to write up their contracts and their MSAs, and they literally had the ability to put whatever, wherever they wanted to put it.

This was not good.

It felt easy and simple, but I knew at some point in the near future, we were going to get a Head of Finance, Accountant, and somebody was going to ask me to compute board metrics. The way the bookings were working at that point was that reps were putting into Salesforce all of the details about a deal after the deal was signed.

So you could imagine, whatever creativity they were coming up with actually to get this thing over the line; it rarely matched whatever schema had been built out in Salesforce to capture that data. This meant that we had no integrity around our bookings, and we had no idea how to roll all of this stuff up.

I knew early on that I had an opportunity to look for a CPQ solution or something along those lines to make this a little bit less painful before we started processing 50 or a hundred or 300 deals a month.

That's why I kicked off the search.

Q: Which solutions did you consider? Jonathan: At Mode, where I worked previously, and I had implemented this sort of thing, I initially went without a CPQ solution. I found that Salesforce's built-in functionality was not quite going to do the trick.

So I said, okay, I don't want to make that mistake again, but do I have to go all the way to Salesforce CPQ?

I knew that Salesforce CPQ is kind of the default answer; It's the "buy IBM." Nobody ever gets fired for buying IBM.

But I also knew that nobody likes Salesforce CPQ. Most of my reps who had worked at other companies that were larger had used it before and had nightmares about it.

I also knew that Salesforce wouldn't sell you CPQ without a $30,000 professional services agreement. I could probably handle that, and the budget wasn't the issue; it was mostly the expression of how hard it would be to implement.

And I wasn't afraid of the systems challenge. It was more that it just told me a lot about the configuration burden. So I went on a search for other vendors, maybe more modern vendors that could help me here.

I looked at PandaDoc briefly but realized pretty quickly that they're not actually a CPQ solution; they're more of a making-your-orders-and-quotes-pretty solution.

Q: What prompted you to look at RevOps as a solution? Jonathan: When I started looking through Modern Sales Pros, I found a post by Pete Kazanjy, who's a fairly prolific person in the Revenue Operations and Sales Operations world. And he says, "Hey, we use RevOps here, and it's like playing a video game. You just press buttons, and deals come out. And it feels really fast, and it feels really fun."

When I saw the platform, I said, 'my gut tells me this is the future.' And I started a conversation and the sales process; one thing led to another and wound up with a contract to get going with RevOps last year. Jonathan: I was fairly new at the company, so the first thing I had to do is I had to do was own the pain. And by that, I mean I set up a deal review process where I started looking at all of the agreements as they came in the front door.

I built out some of the Salesforce architecture and fields that were going to be required, not only for RevOps but just to model this stuff - line items and contract details and all of that.

One of the things I have found in the Operations space is; generally, it is impossible to adequately build strong solutions if you yourself have not experienced the deep pain of the problem.

And the problem here was the unstructured nature of these agreements. Unless I was really in the details, I wasn't going to know what to build.

I made sure that I had a high degree of certainty that I could build a solution that made sense to me in RevOps. That's when I pulled the trigger on the product.

I set off on about a two-month process of owning the deal review process so that I knew what the shape was of all of the data that we had to put into the system.

I could then point RevOps at those things in order to capture the information.

Q: What are some aspects of RevOps that you find valuable? Jonathan: We got to a place where over 95% of deals in the queue in the September of Q3 were being done through RevOps in our SMB segment, and now it's a hundred percent.

I can't remember the last time we had a deal that that was done outside of RevOps in the SMB segment.

I don't want my reps living in two worlds. I need a solution that works for them without any caveats

The world for them is, is much, much improved. And for me as well.

I sleep very soundly for the most part about deals that run through RevOps. The process of building the quote and building the structure means that my eyes have been on every single deal before it goes out the door. This is by design.

One of the things that I like about the way that RevOps deployment works was it was pretty easy for me to add onto that data model as time went on.

I would notice we're actually doing more pricing and renewal pricing guarantees. Okay, cool. I can add some fields in Salesforce. I can add a term in RevOps. I can wire them together and then not worry about it.

Similarly, we had a challenge with customer opt-outs or termination for convenience. That was the sort of thing that we don't do very often, as most companies should not. But when you do them, you need to know about them, and they have huge implications on RevRec and other things. And so that was something that I was able to pretty quickly spin up in RevOps and in Salesforce and start capturing appropriately.

I wanted to make sure that I see even the smallest deals because sometimes I can catch little things. It also means that there's no more passing around of DocX or PDF files internally to get things looked at. There's always an extra pair of eyes on the deals, which makes me feel a lot better about them. And there's a lot less data entry.

At the point of closed-won, reps would have to spend probably 10 or 15 minutes gathering data from the PDF and putting it into a whole number of fields in Salesforce; that doesn't happen anymore. You don't have to go and fetch the PDF and put it in a certain place and figure out all the details or work through all the cryptic fields.

All of those things happen because RevOps writes the data back into Salesforce, and then I can use Salesforce workflows to put all the data into all the complicated places it needs to go.

So it's just a system that's working, and it allows reps to move a lot faster.

Q: What are some big wins you have seen since implementing RevOps Jonathan: Just two weeks ago, I had a rep who joined in December get a Bluebird deal that came in. It was hefty. It was about a $90,000 deal. The customer had an expiring budget at the end of the year and needed to use it and wanted to use it with Retool.

I did a 20-minute training with him on RevOps, and we put the deal together and about 10 or 15 minutes. The DocuSign was out and signed within an hour.

I started tracking what I loosely call agreement errors, or agreement issues, earlier in the year when I was really at my wit's end with all the challenges that we were finding. With the SMB team, I found that one out of every two agreements, so 50% of agreements in June, had some sort of issue, a problem that I didn't like, such as the date was off by a day, or we forgot to include some sort of term or something like that happened.

In Q4, after implementing RevOps, I found only one issue out of over 150 deals.