How Onna Decreased the Time to Create Order Forms by 92%

Learn how Onna decreased the time to create and approve NDAs by 92%. 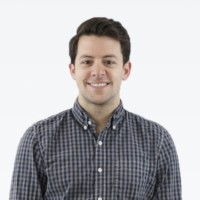 Kevin Wisniewski is the Sales Operations Manager at Onna, a data integration platform that enables companies to integrate their workplace knowledge-based apps together into one system.

When we looked at RevOps, it checked off all the boxes of what we were looking for. It was really refreshing to see a tool that was exactly what we needed.

The sales organization at Muck Rack was growing, but its existing processes were not scalable. Due to manual errors that needed to be corrected on deals, the Deal Desk team was spending 2-3 hours a day cross-checking deals to see if they had errors.

Muck Rack needed a solution to help them scale their sales organization while working within their existing tech stack, including HubSpot CRM.

Within a month, reps were in RevOps on their own creating NDAs. With RevOps, Onna was now able to decrease the time of generating and approving NDAs by 92%.

The RevOps team has been amazing during the implementation process.

I joined Onna 2 years ago.

We had no tools in place for our Quote-to-Cash; we had only recently started using Salesforce.

Essentially, we were starting from scratch.

About a year and a half ago, when deal volume really started picking up, we realized need a CPQ-type tool to allow reps to generate their quotes, order forms, NDAs, MSAs, etc., while we built out a proper Deal Desk process.

I vetted a bunch of tools and picked one. However, the implementation was rough. We had that tool for a year, and, in that time, I don't think I ever got our reps in the platform because implementation and setup were so difficult.

The product was not what it was sold to be. There was a lot of frustration in that year and a lot of wasted time.

That's when I first came across RevOps.

What are the benefits you've seen from RevOps

When considering various tools, we judged them against a checklist of requirements:

When we looked at RevOps, it checked off all the boxes of what we were looking for. It was really refreshing to see a tool that was exactly what we needed.

I particularly liked how intuitive the setup was. The RevOps team has been amazing during the implementation process.

I always bring reps in when we implement because they use it the most. There was a light bulb moment for our AEs, in which they said, "This is all I have to do? This is so easy."

How is Onna using RevOps currently?

We plan to role RevOps out for all documentation: MSAs, NDAs, Order Forms. Our initial use-case was for NDAs. Within a month, we had it all set up, and our reps were in the platform.

Compared to our experience with the tool we used previously, this was a night and day value add.

What are some of the results you've seen since implementation?

Our biggest ROI is that, within a month, our reps were inside RevOps and using it on their own; they just picked up right away. We've saved an incredible amount of time on approvals for sales agreements.

Previously, it took us about an hour to generate an NDA and have it approved. It now takes around 5 seconds with RevOps.