As we "march" into Spring, we've got so much to forward to. Here at RevOps, we'll be doing our first offsite of 2022, welcoming some new hires to the RevOps squad, and preparing a set of exciting releases.

But, before we get ahead of ourselves, here were some of the improvements we've made last month: 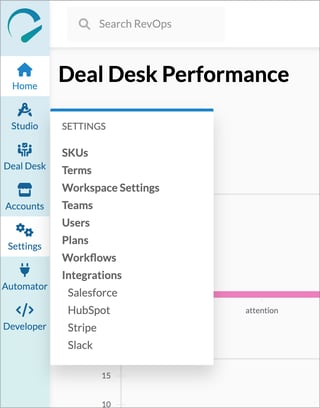 We've upgraded the design of our navigation to help you more quickly access the subpages of our platform and navigate RevOps on your mobile device. As we transition back to traveling and working from various locations, we hope you'll find it easy to approve and sign deals on any device.

Our navigation wasn't the only place that got a design upgrade though. Tables across our entire platform are being updated! Let's take a look at some of the new enhancements.

Filter your Deal Desk by any deal owner.

You can now see a list of deals that are owned by anyone within your organization.  As a Sales Manager, pull this up during your meeting to quickly review deals for anyone on your team. 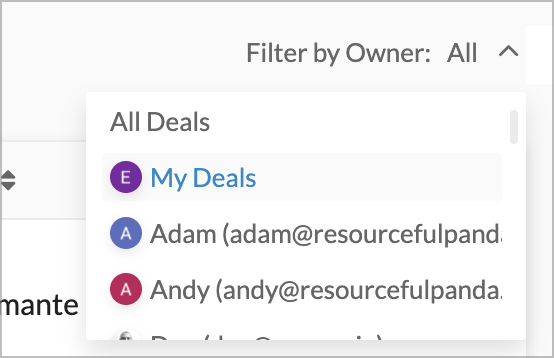 We've also introduced page-specific search for SKUs and Terms so you can quickly find, update, and manage any products or terms in your inventory.

You can now quickly edit or delete templates from the table by clicking on the "three dots". Stay tuned as we continue to add more quick actions from our table view.

Signing Deals outside of RevOps? 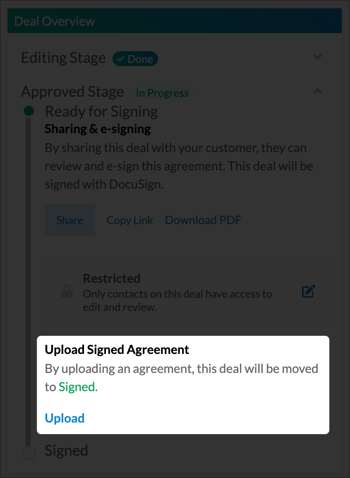 We've found that on some rare occasions, customers will insist on signing the agreement via their own process. If this happens, we've now made it easy for you to take the completely signed agreement and upload it back to RevOps.

By uploading this back into RevOps, we'll move the deal to "Signed" and trigger a CRM sync so that the uploaded agreement is attached to the CRM Record and updated with the latest data.

We've introduced a new guardrail that now allows you to decide whether Sales Reps can adjust the service dates of the line item and add ramping subperiods.

By disabling this feature, as an Admin, you can still pro-rate the line item or add ramping subperiods, the functionality will not be shown to the Rep though. 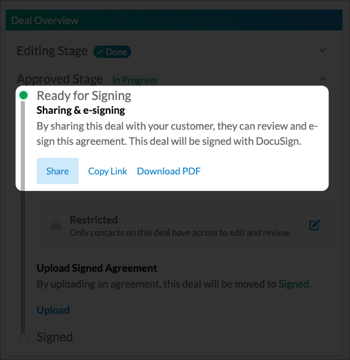 Behind the scenes, we've been making a number of reliability improvements to the way our application generates a PDF copy of your Deal.

These changes will be rolled out to all our customers over the next few weeks. To ensure that you can always get a PDF copy of your deal, we will be moving this link under the "Deal Overview" section.

Elaine is the Head of Product Management at RevOps 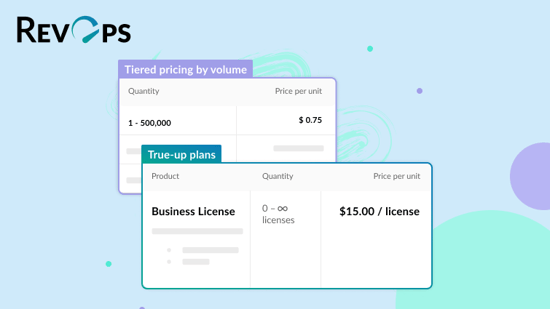 Sales agreements are created for a variety of use-cases, a single template cannot be one size fits... 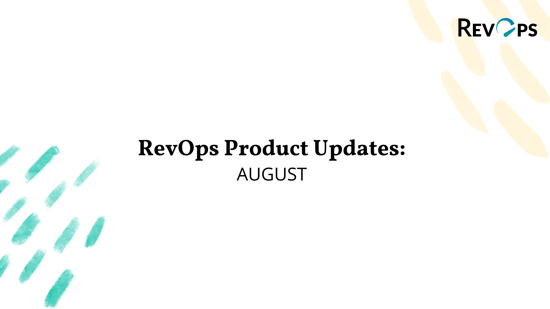 Welcome to the August edition of RevOps monthly product updates! We’re excited to highlight some of...