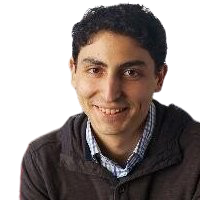 Over the last year, it's become increasingly clear that establishing a Deal Desk is a critical task for companies of all stages.

While many earlier-stage businesses might think that it is unnecessary, there's no question that the sooner you implement a Deal Desk, the easier it will be for you to scale.

In my interview with Sharad Chanana, VP of Revenue Operations here at RevOps, he articulated this need perfectly. 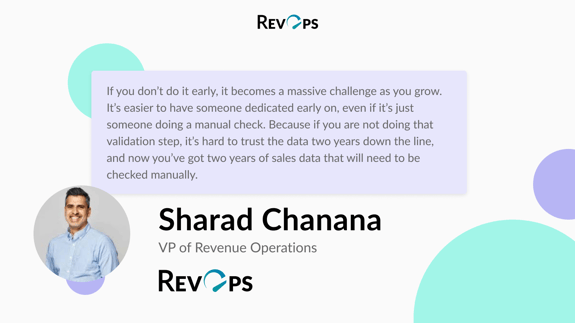 Sharad went further on this point, highlighting how vital data integrity is to the entire process:

Data integrity is everything.

As someone who is deeply involved in the Finance side of the business, Sharad was making the point that:

From both process and organizational standpoints, the Deal Desk exists to increase deal velocity, uplift revenue, and bring order to what can be a chaotic process.

The roles and responsibilities involved in Deal Desk and the overall process must be clearly defined and mapped out to be successful.

In addition, the cross-functional nature of this process requires Finance, Sales, Revenue Operations (including Sales Operations), Product, and Legal to work together to get deals approved quickly.

And, as Sharad points out, to make sure that data from deals are correct, maintained, and visible across systems.

Each team plays a critical role in the success of the Deal Desk framework.

RevOps is the responsible party for supporting the process, systems, reporting, and enablement for GTM teams when it comes to supporting revenue.

But RevOps and Finance have a special relationship within the Deal Desk framework.

Before we dive in, let's do a little refresher on Deal Desk.

Deal Desk is where all relevant stakeholders – sales, Finance, product, legal, success, and others – can discuss and work through deals, usually non-standard ones.

Great. Now we know what a Deal Desk is, but is it something you need to invest in for your business?

While the "traditional" Deal Desk was a process used by large enterprises, earlier and mid-stage SaaS businesses are increasingly embracing Deal Desk as a critical part of their GTM motion.

Why Do You Need a Deal Desk?

Implementing a well-run Deal Desk can help reduce sales-cycle time by up to 40% while increasing productivity by 20%. However, an inefficient Deal Desk could not only cause you to miss these opportunities, but it could also be a net negative for your overall sales process.

Source: 5 Reasons Your Deal Desk is Failing and How You Can Fix It

You may be bought-in to the concept of needing a Deal Desk, but now it comes down to actual implementation.

The first thing to understand is which stakeholders should have a "seat" at the Deal Desk and their roles.

Who is Involved in Deal Desk?

At its core, the goal of Deal Desk is to agree upon a unique pricing deal and the appropriate contract for the customer. This goal is typically achieved through discussion with Finance, sales, product, and other stakeholders relevant to your company.

Source: What is Deal Desk?

Back in 1992, the US Men's Olympic Basketball team was able to send professional players for the first time.

The team included some of the greatest players of all time from top to bottom.

So what's this got to do with Deal Desk?

Well, like Scottie Pippin and Michael Jordan, Karl Malone and John Stockton, and Patrick Ewing and John Starks, success is never about one person; It's about a team.

When Finance and RevOps work as a team within the framework of a Deal Desk, the whole becomes greater than the sum of its parts.

We all know (or should know) that Finance plays a critical role in a growing business's overall health and stability.

While the impact and influence of Finance teams are felt throughout the company, Finance is particularly critical to the GTM organization.

Managing financial risk associated with bad deals is an example of the importance of Finance in the Deal process. Finance also helps mitigate anti-bribery and corruption risks and maintains legal compliance in contracting, among other things.

That is why it's so important to include Finance in your Deal Desk. Finance has a responsibility to understand the profitability of the organization and its contractual impact.

In addition, Finance makes sure the Sales team is bringing deals to the table that will be profitable!

Regardless of if you have an enterprise Deal Desk or start-up, Finance is going to play a big part.

Crucially, Deal Desk can be the bridge between Sales and Finance - a relationship that often can feel like each organization lives in its own world.

Ok, let's dive into the meat of our topic - the role of Finance in Deal Desk.

Here are a few ways in which Finance plays a crucial role in the Deal Desk process. 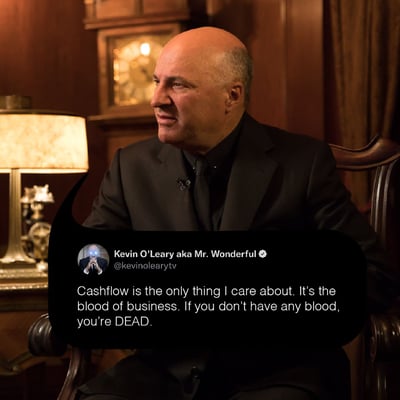 When a rep closes a deal, the check isn't in the mail just yet!

The products and services a customer is owed are defined by the contract and/or service order they've signed. That's why the integrity of the contract data is so critical; if it has any errors, or is not in line with the service order, the company is at risk of not receiving payment.

Correct contract data is critical for Billings and Cash Flow.

Many companies now have procurement systems that automatically analyze contracts and if any discrepancies are found, they are automatically flagged.

If this happens, Cash Flow is negatively impacted.

Finance plays a critical role in ensuring that contract data is correct and aligns with what was agreed upon with the customer. 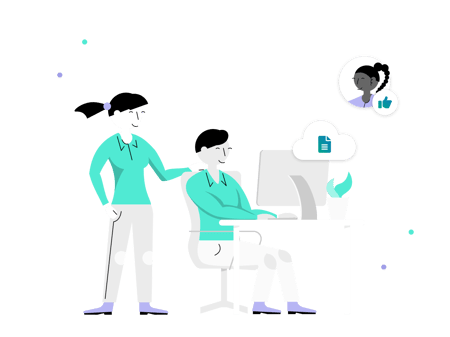 Leveraging a Deal Desk platform like RevOps, enables Finance to record contract data, making it fully reportable and can be pushed to critical billing systems such as Zuora or Netsuite.

As mentioned before, recognizing revenue is not as simple as having a signed contract.

ARR is annualized and recurring but is separate from actually recognizing revenue.

ARR aligns more with the Book of Business. If you close $75k effective March 31st, that Book of Business is effective 3/31. However, if the actual "go live" date is set to April 15th, the ARR measurement begins on the 15th.

What Does "Book of Business" Mean?

Here's where it gets even more complicated:

ARR doesn't get realized until a customer receives the provision and entitlements they are owed; you have to ensure they are getting access to what they paid for.

If they don't, you can't book revenue.

If 75% of the obligations were delivered, 75% of the contract's revenue can be booked.

Finance and RevOps work hand in hand to make sure that obligations laid out in the contract are being delivered to the customer and that revenue is booked.

Going back to the difference between ARR and Book of Business, Quota Attainment is generally calculated based on the latter.

For example, if a customer provides a commitment and signature on March 31st and that’s the end of the quarter, but the sale doesn't actually go live until April 1, then the sale is assessed as part of the quota for the new quarter.

If a company is aligned with best practices of revenue recognition (see ASC 606), a customer commitment and signature will drive compensation values.

Things get even trickier when it comes to Performance Obligation, the definition of which was articulated in the "ASC 606" guidance on Revenue Recognition.

What is Performance Obligation?

Defined as the promise of transfer of goods or services to a customer that are distinct in features.

ASC 606 was introduced by the FASB to better identify the performance obligations of a contract.

In essence, ASC 606 is guidance on Revenue Recognition. It's the terminology and best practices on what public companies need to do to qualify revenue recognition, but it is applicable to all companies.

RevOps Can Empower Finance Too!

Revenue Operations can empower their Finance teams just as much as the GTM teams.

When it comes to pricing optimization, RevOps can be a key partner with Finance to ensure Sales is empowered to create quotes that will move through the sales cycle.

Revenue Operators can ensure processes and systems are set up all throughout the Deal Desk, enabling Finance to benefit from the streamlined workflow as well.

When Sales adds discounts or non-standard pricing to deals, these must be escalated to the Finance team. The benefit of having a Deal Desk is that the discounting approval process can be automated (where possible) and streamlined.

An example of the workflow could look like this:

Of course, this discount approval matrix will look different from org to org. It's Revops's job to partner with the finance team to understand what the thresholds are for approving discounts. 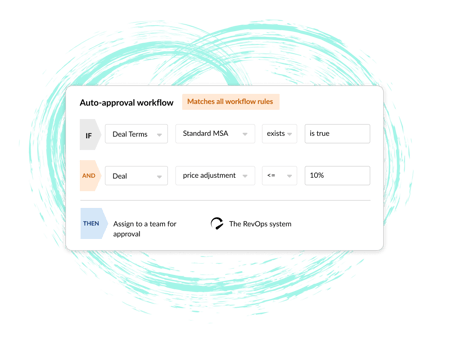 The RevOps Deal Desk Platform makes it simple for Operations teams to build approval workflows, whether straightforward or with multi-layered approvals.

As we know Revenue Operators are the process experts in the organization. So systematizing a Deal Desk will fall within their realm of responsibilities.

How Does the RevOps Deal Desk Platform Make the System Work for Finance? 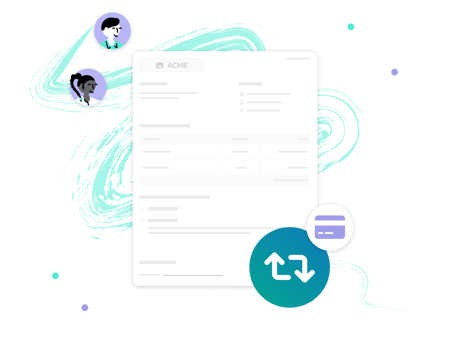 The reality is that Finance cannot review every single contract for the company. That's where a Deal Desk solution like RevOps comes in to operationalize these guardrails.

In a recent webinar, RevOps CEO gave some more insight on establishing these kinds of guardrails:

“Create a consistent guidance document that keeps in line with gross-margin targets. For example, if a rule has been set that 50% gross margin, then a rule would be set that you couldn't discount prices below a certain amount to stay above that gross margin. If a more competitive package is needed, sales reps could throw in additional features to keep gross margins above the set amount.”

Documentation, a key part of enablement (empowering teams to do their jobs), is right up the alley of a Revenue Operator.

Revenue Operations will need to partner with Finance to make it happen and this helps Finance stay in line with their metrics.

Once the documentation is created, it's time to add the system element.

Using a solution like RevOps Deal Desk Platform makes this part easy and Salesforce and HubSpot integrations are a dream for operations teams building out processes among the entire GTM tech stack. 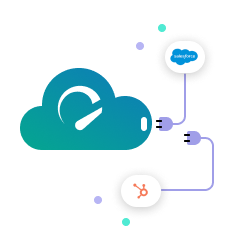 Outside of standard discounting, non-standard pricing requests often come up in the SaaS world.

A Deal Desk, supported by tools like RevOps, can support more complex pricing models like those in SaaS or other subscription pricing models. Then Operations teams can leverage automated approval rules approvals and provide visibility to the Deal Desk team, saving precious time.

Because, as we know, Finance teams are perpetually busy.

The last key component is invoicing.

Once the deal is approved and the contract is signed, the invoice can be sent to the customer right away. Better yet, if the company payment model allows, credit card payments can be accepted. This reduces the chance you'll have a large balance in your accounts receivable and less time spent chasing payments down from customers.

At the end of the day, the Deal Desk is an important, cross-functional, effort. While we often hear about the support from RevOps practitioners to Sales, Marketing, and Customer Success, Deal Desk is an opportunity for Revenue Operators to become a critical business partner to Finance. Automating key points like invoicing and discounting approvals will make Finance's life easier. 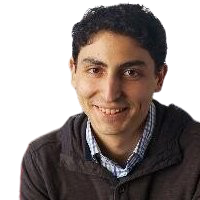 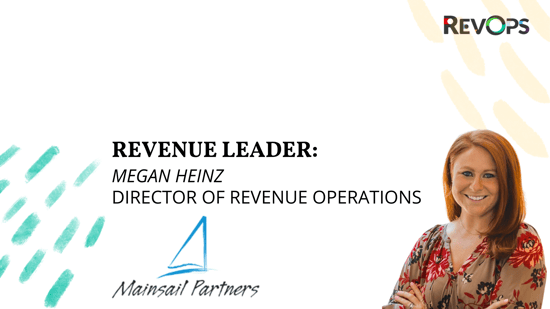 RevOps Deal Desk: The Only CPQ With Native HubSpot Integrations

Working with companies of all sizes has given us a bird’s-eye-view of the challenges and... 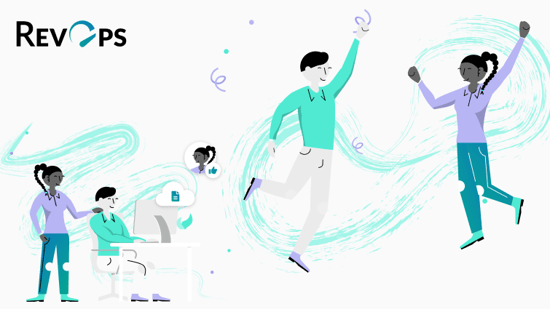 It's no secret that one of the main goals of sales operations teams is to reduce the sales cycle...