Learn how Commsor was able to give their reps back more time to do what they do best: sell. 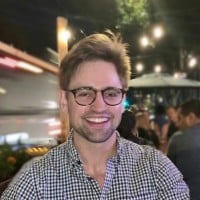 Alex Newman heads up GTM Strategy & Operations at Commsor, the community operating system that enables community teams to better grow, measure, and understand the impact of their community efforts on their entire organization.

Commsor's growing sales team was challenged with having to manually create all agreements and send them through their eSign tool to prospects. The company had no way of setting guardrails for their deals and no approval process in place. In addition, they were working on deals outside their HubSpot CRM instance.

Reps at Commsor were now empowered with the ability to quickly send out deals to their prospects and managers had the peace of mind knowing that discounting rules were now in place. With RevOps, Commsor's reps were able to decrease their time to close by 25%.

We now have pre-built agreement templates in RevOps that have enabled reps to get contracts out super quickly, decreasing our time to close deals considerably. Before RevOps, we sent out all of our contracts directly from our eSignature tool, but that gave our reps the ability to create and send any kind of contract they wanted to without any guardrails or approval process. That process had some obvious flaws in it, and it became clear that we needed a system to enable us to actually create an approval process for deals before they were sent out.

That’s when we started engaging with RevOps. We built out criteria around what the percentage discounts could allow, and things improved drastically from there on out in terms of having incorrect deals go out to prospects.

We also have a pretty wide range of both products and services that we offer at Commsor. Before RevOps, reps had to create these contracts from scratch, which was a painful process that was prone to errors and increased the time to close considerably.

In addition, we use HubSpot for our CRM. We were doing multiple systems for contracts and then manually adding the information back into the CRM, which again was a timely process that could cause additional errors.

How has Commsor been using RevOps? Creating templates for deals in Deal Studio that enable our reps to create contracts easily is a massive win for us. Whereas before, we had a painful process in which they had to build deals from scratch, we now have pre-built agreement templates in RevOps that have enabled reps to get contracts out super quickly, decreasing our time to close deals considerably.

Most recently, we have begun using the RevOps HubSpot integration, which has been truly excellent. Our reps no longer have to use two different tools and go back and forth looking at the deals in HubSpot and another product; they can live entirely in HubSpot, generate the contracts using the products already on the deals, and send them out.

Anything that can give our reps time back to spend more time on selling and less on admin work of sales.

What has been your experience working with the RevOps support team? The product support at RevOps has been absolutely amazing from start to finish, from onboarding to the general maintenance and support of where we are today. Both the product managers and account managers are always checking in to make sure that we are being taken care of and, because of them, we are in a much better place today than we were before starting to use RevOps.

What are the benefits you’ve seen from RevOps? We’ve seen the time from proposal to close decrease by 25% since we started using RevOps, which for us is an incredible uplift that has the ripple effect of giving our reps more time to go after more accounts, increasing their sales even more.

RevOps has helped our reps become more productive by reducing the time they have to spend on administrative work and giving them more time to do what they do best - sell. RevOps also gives us a sense of security, knowing that it will be in line with the structure and discounts being used when a contract is sent out. With the guardrails were able to set in RevOps, we know for a fact that only certain discounts can be applied in a contract. With a relatively junior sales team, we can ensure that they stay within the parameters they should be offering to customers.