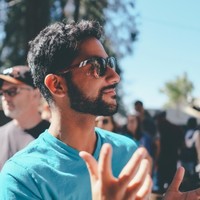 Harris Rasheed is the Full Stack Engineer at Loom, a work communication tool that enables users to instantly get a message across shareable videos

Now accounts are created literally the second the contract is signed, rather than the 48 hours or more it took previously.

Loom had an error-prone billing process; as pricing became more complex, their existing solution could no longer support their needs. This meant that their finance team had to spend a considerable amount of time manually fixing errors.

By leveraging RevOps API for Quote-to-Close automation, Loom could provision accounts based on deal information instantaneously and decrease the time the Finance team had to deal with errors by 93%.

RevOps helped us reduce those super laborious errors to create a 93% reduction in time on product and finance.

When sales would close a new contract, there were many manual steps involving both sales and finance.

In addition, creating custom contracts caused serious issues with our MRR calculations. When we used manual bills, we needed to look at MRR numbers because they were all one-offs, and we weren't set up to collect money repeatedly.

Our billing system was also error-prone and couldn't handle anything beyond basic discounting. Around three times a week, we'd have errors requiring engineering support, leading to negative customer situations.

For our finance team, 60% of their day was taken up by setting up bills and sending out invoices manually every day.

In addition, it took 48 hours or longer for an account to be created with the correct provisioning; there was manual work involved in creating it, and finance would have to be involved as well.

How is Loom Using RevOps Today?

A big part of this project was moving everyone from manual billing to automated billing so that we wouldn't have to send our finance team one-off billings all the time. With RevOps, we were easily able to get that done.

We are heavily leveraging the RevOps API, using it to automate our customer billing & activation lifecycle. We use the RevOps API to ensure data integrity between a signed deal, our CRM, billing system, and accounts being provisioned with the correct features.

What are the Benefits of RevOps for Loom

Right off the bat, RevOps simplified how we reported back into an MRR structure, enabling us actually to do useful reporting on it long-term.

Now accounts are created literally the second the contract is signed, rather than the 48 hours or more it took previously. In addition, it's entirely automated and requires no resources or time on our part.